People are always touting the benefits and the risks of social media, videogames, television, and other screen activities. It’s common to hear about someone giving up social media for a period of time just to see if they are able to kick what they consider an ‘addiction.’ New Year’s resolutions are often to read more and spend less time at a computer or on a smartphone. These may seem like grown-up problems, but adults and teens aren’t the only demographics spending a large part of their daily routine behind a screen. Children barely old enough to move a mouse are using computers and devices for recreation and learning every day.

In 2009, kids in grades 7–12 reported spending an average of more than 90 minutes a day just sending or receiving texts on cell phones. In 2011, 50% of children under eight-years-old reported having access to a mobile device like a smartphone or tablet. Children under two watch 53 minutes a day of television.

Should all screen time and computer usage be cause for concern? Not quite. Consider this: studies have found that children who use a computer at school and at home perform better on tests of school readiness, visual motor skills, gross motor, and cognitive development. This positive effect seems to diminish if you look at children’s screen time beyond physician-recommended daily limits, however. Excessive screen time does not help children learn, and overuse has been shown to put children at risk for vision problems.

Children aged 8–18 reported in 2009 that they spent more than seven hours a day devoted to “entertainment media” including computers and videogames. That makes screen time a full-time job! Pediatric eye doctors are warning parents that this sort of heavy screen time is putting children at risk for early nearsightedness, among other possible issues.

According to the National Eye Institute, over the past 30 years the prevalence of nearsightedness has increased from 25 percent to over 41 percent. This is an increase of more than 66 percent. No one can be certain if this increase is caused by screen time, but many professionals are concerned that there may be a connection.

The longer children are exposed to a computer or cell screen, the greater their risk is for developing computer vision syndrome. Computer vision syndrome is the term used to describe problems associated with focusing on an electronic display for excessive, uninterrupted amounts of time. The risk is increased because children’s eyes are not as well-developed as adults. It’s easier for children to experience these problems because they often lose track of time, are assigned lots of homework to do on the computer, or may not realize that they should be taking frequent breaks. Additionally, children are notorious for sitting very close to screens even if they have perfect vision—a position that strains the eyes and the rest of the body.

Parents should pay careful attention to how long a child spends with electronics. Set limits and help them develop good habits for how to use their devices. Talk to your eye care professional to discuss your child’s media habits and determine if you should change how they interact with electronics for optimal eye health. 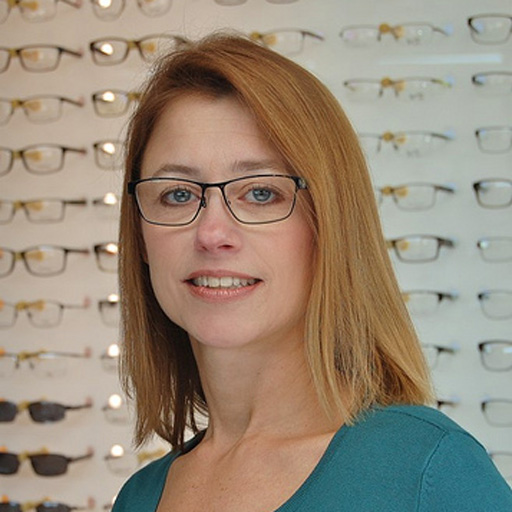 Amy Lewis Swayze has been certified by the American Board of Opticianry since 1998. She is currently licensed in Massachusetts and Rhode Island and is the owner of Eyeworks of Millis, LLC.